TORONTO: Stan Wawrinka and Novak Djokovic reached the second round of the Toronto Masters on Tuesday, with both men polishing their pre-US Open form. Wawrinka put his comeback from knee surgery back on track with a 1-6, 7-5, 7-5 comeback win over Nick Kyrgios. Wimbledon holder Djokovic eased to victory, beating Mirza Basic 6-3, 7-6 (7/3) after the Bosnian replaced original opponent Chung Hyeon of South Korea, who withdrew before the match with injury.
A pair of Canadian teenagers advanced, with Denis Shapovalov dominating Jeremy Chardy 6-1, 6-4 while good friend Felix Auger-Aliassime, who turns 18 on Wednesday, thrilled his home fans as he defeated Lucas Pouille of France 6-4, 6-3. Three-time Grand Slam champion Wawrinka put 16th seed Kyrgios out with an impressive display after losing a one-sided opening set. Wawrinka has been struggling to find his best form since returning to the ATP Tour after two knee operations a year ago and has slumped to 195 in the world rankings.

“I’m looking for confidence. I’m looking for matches,” he said. “I’m grateful I got the wildcard to play directly in the main draw. “I knew it was going to be a tough match. Winning 1-6, 7-5, 7-5, it’s great for me. Any victory is good to get more confidence. “I’m happy with the way I’m practicing. I’m really happy with the level and the way I’m moving on the practice court, and I need to find how to put it in the match.” Wawrinka’s victory in just over two hours avenged a 2015 loss to Kyrgios in Canada, when the Swiss had to retire. That contest was also remembered for Kyrgios insulting his opponent’s girlfriend Donna Vekic.

Kyrgios, with green fluorescent tape encircling each kneecap, quit injured in last week’s Washington quarter-finals, and he was treated in the second set here for his chronically troublesome hip. The 33-year-old Wawrinka broke late in the second set to level the match, and completed his fightback on a second match point as he also broke in the 12th game of the decider. “My hip is, obviously, a little bit sore. That’s why I called the trainer on the court. So it’s pretty self-explanatory,” Kyrgios said. “It’s good to see Stan back, I guess. He’s obviously had a tough 12 months with his injury, and it’s good seeing him back winning some matches.”

Djokovic beats Basic
Djokovic, a four-time winner in Canada, double-faulted while serving for the match to slip into a second-set tie-break, but he finished the job for a second-round spot. “(I need) the consistency of playing on a high level match after match, I haven’t had that postsurgery for several months,” Djokovic said. “I was struggling to play two or three matches in a row consistently well. So that has changed and obviously feels good.” Djokovic win in 90 minutes with nine aces; he now stands 36-6 at the event and next plays Canada’s Peter Polansky. 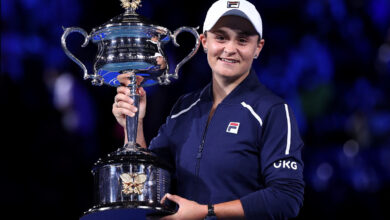 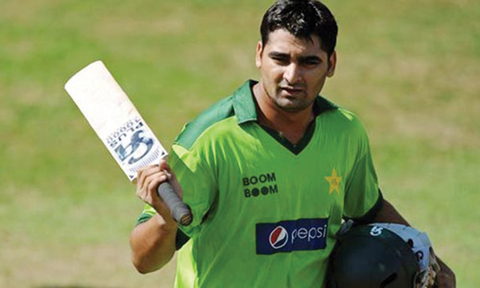 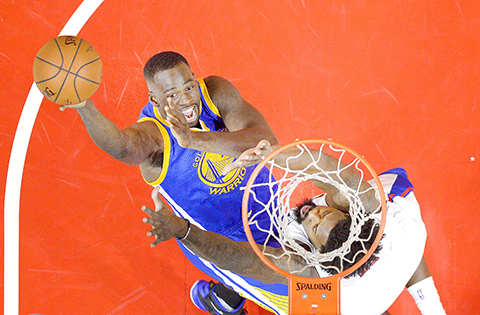