The Netanyahu-Gantz agreement includes a framework for implementing annexations outlined in US President Donald Trump’s controversial plan to resolve the Israeli-Palestinian conflict, unveiled at the White House in January. Here are some key questions surrounding Israel’s potential annexation moves, likely to inflame tensions in the volatile region.

What did Trump propose?
Trump, a staunch supporter of Israel, tapped his son-in-law and senior adviser Jared Kushner to forge a Middle East peace plan. Kushner consulted widely with the Israelis on the initiative, but there was no input from the Palestinians after they cut all ties with the Trump administration accusing it of bias.

The Oslo peace accords of the 1990s gave the Palestinians self-rule in parts of the West Bank. But some 60 percent of the territory-dubbed Area C-remains under full Israeli civil and military control. That includes all Israeli settlements and Trump’s plan gives US support for their annexation. It also offers US recognition for Israeli annexation of the Jordan Valley, a strategic strip along the Jordanian border that makes up around a third of the West Bank.

Trump’s plan provides for the creation of a Palestinian state in the remainder of the West Bank, including the city of Ramallah where president Mahmud Abbas is based, and in the Gaza Strip, which is controlled by Abbas rivals Hamas. Israel seized control of the West Bank, including east Jerusalem, in the Six-Day War of 1967 and has occupied it ever since. More than 600,000 Israelis live in settlements constructed in the territory, which Palestinians regard as the mainstay of their future state. The settlements are considered illegal under international law because they were built under military occupation.

How the US position evolved?
Kushner has said Washington wants an Israeli government in place that could work with the US on implementation of Trump’s plan. The Jewish state had been without a stable government since December 2018. The Netanyahu-Gantz deal, sealed on April 20 after three inconclusive elections, looks set to end the stalemate. The United States said Monday it was ready to recognize Israel’s annexation of much of the West Bank but asked the new unity government also to negotiate with the Palestinians.

“We are prepared to recognize Israeli actions,” a State Department spokesperson said. The step would be “in the context of the Government of Israel agreeing to negotiate with the Palestinians along the lines set forth in President Trump’s Vision”, she said.

What Gantz, Netanyahu agreed
Netanyahu has lauded the Trump plan as a “historic” opportunity for Israel. Gantz, a former armed forces chief, has also praised the initiative but raised concern about Israel acting unilaterally. Apart from the US, no country has publicly backed the annexation plans. Under the three-year coalition agreement, which is due to be approved by parliament in the coming days, Netanyahu will serve as premier for 18 months, with Gantz as his alternate. They will swap at the mid-way point. On the Trump plan, the coalition deal states: “The prime minister and alternate prime minister will act together and in a coordinated manner in full agreement with the United States.”

They will also conduct “international dialogue on the issue, while pursuing the security and strategic interests of the State of Israel, including the need for maintaining regional stability, maintaining peace agreements and striving for future peace agreements”. It says the premier can bring the Trump annexation plan to the cabinet and parliament for “debate and approval” from July 1. Israeli media have suggested the initial annexation may be only partial-possibly starting with Maale Adumim, a large settlement on the eastern outskirts of Jerusalem.

What will it entail?
Around 65,000 Palestinians live in the Jordan Valley, along with fewer than 10,000 Israelis. It is not clear whether those Palestinians will be given Israeli documents. That number excludes the ancient city of Jericho, the largest Palestinian town in the area, which is already under Palestinian self-rule as stipulated in the Oslo accords. It will potentially be left as an enclave, entirely surrounded by Israeli-annexed territory.

How Palestinians responded
The Palestinians condemned Israel’s new “annexation government”. “(Annexation) means ending the two-state solution and the dismantling of the rights of the people of Palestine,” Palestinian prime minister Mohammed Shtayyeh tweeted. President Mahmud Abbas threatened to rip up all agreements with Israel. The UN special envoy said that annexation would “constitute a serious violation of international law (and) deal a devastating blow to the two-state solution”.

There have been suggestions the Palestinians could call on Russia to intervene. The 22-member Arab League-just two of whose members, Egypt and Jordan, have peace treaties with Israel-has called the virtual meeting to discuss how to galvanize international opposition.- AFP 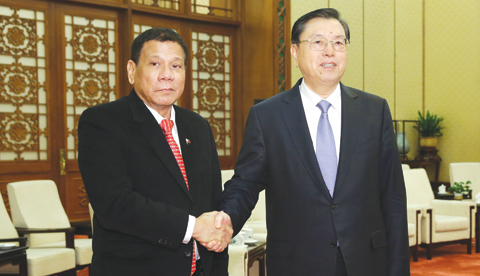 Philippines’ Duterte, in China, announces ‘separation’ from US – Severance announcement met with applause 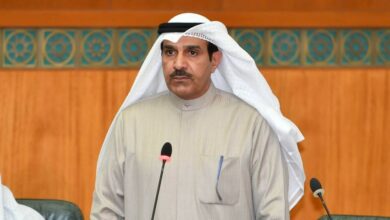 Ex-MP Khalifa to run for polls from jail 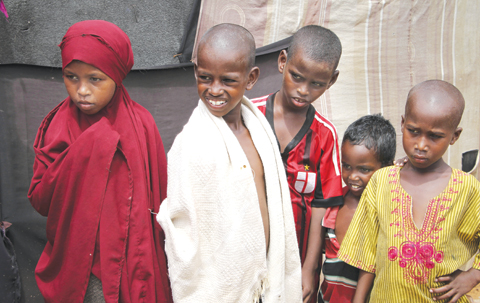 ‘It was a deception:’ Ex-Somali refugees regret coming home