Can you help me get my son back?

EL PASO: On June 12, Gerardo, a 41-year-old indigenous bricklayer from Guatemala, appeared before a US immigration judge in El Paso, Texas. Since crossing the US-Mexico border illegally two months earlier with his 14-year-old son, he had been separated from the boy and forced to wait in Mexico for his hearing. Now, he had only one question for the judge: “Can you help me get my son back?”
After they crossed into the United States, a border patrol agent declared the boy’s photocopied birth certificate to be fake, casting doubt on their father-son relationship. Despite Gerardo’s protestations in broken Spanish, officers took the boy, Walter, away. Gerardo was sent to Ciudad Juarez, Mexico, to wait out his immigration court proceedings, with no idea where Walter was taken and no instructions on how to find him, according to Gerardo and his attorneys, who recounted the court appearance and circumstances of his case to Reuters.

They asked that his surname be withheld because Gerardo fears for his family’s safety in Guatemala. In a phone call to a cousin in Arkansas, Gerardo said, he learned that Walter was at a large migrant children’s shelter near Miami. Separated from his dad, Walter later recalled, “I felt like the world was crashing down on me.” As a new Trump administration policy rapidly expands, family separations increasingly are complicated by a formidable barrier: an international border.

Started in January, the policy known as “Migrant Protection Protocols” (MPP) requires some migrants to wait in Mexico for their immigration cases to be processed, while others – based largely on border authorities’ discretion – are allowed to wait in the United States. Under MPP, about 18,500 migrants have been returned to Mexico, Mexican officials say.

When children are sent north of the border and caregivers south, communication and legal coordination suffer, kids’ emotional health can deteriorate and simply finding one another again can take weeks, according to about two dozen interviews with migrant families, their attorneys and advocates, case workers and researchers, as well as courtroom observations. Although a court last year halted the widespread “zero tolerance” separations of migrant parents and children at the border, US officials still separate certain family members there.
They separate children from parents if they believe documents to be fraudulent, the parent has a criminal record, they can’t prove parentage, or the child appears to be at risk. Officials also routinely separate children from non-parent relatives with whom they traveled, including aunts, siblings and grandparents – an approach also followed during the Obama administration that is meant to stem child trafficking.

This year, under MPP, border officials in some locations have been given the option to send such adults to Mexico rather than detain or release them in the United States pending their court hearings. The separated children are sent to US-based children’s shelters.
A US Department of Homeland Security (DHS) official said that parents are not being separated from children due to the MPP program, and did not respond when asked whether they track children separated from other family members they had traveled with. The department’s Customs and Border Protection agency declined to comment on Gerardo’s case, citing privacy concerns.

In general, the Trump administration has said that it is cracking down on fraud at the border. “We believe (smuggling organizations) have been coaching individuals by saying if you come to the border with a child and you purport to be a family unit, you will not get detained and you will be released into the interior,” said Gregory Nevano, assistant director at the Immigration and Customs Enforcement (ICE) agency’s Homeland Security Investigations. “We are trying to save and rescue children,” Nevano said.

ICE officials said they interviewed 2,475 “family units” (purported parents and children) on the southwest border who “presented indicia of fraud” between mid-April and July 5. Of those, 352 were found to be falsely claiming parent-child relationships. Attorneys and children’s caseworkers say that when the caretaking adults are sent to Mexico, it’s more difficult to contact them because they often don’t have a fixed address.

It’s also harder for the adults and children to connect: The 1-800 number available online to locate children in US shelters doesn’t work from Mexico. Meanwhile, younger children may not know the details of their asylum case or even the location of family members who might help or sponsor them in the United States. And in cases like Gerardo’s, the geographic boundary can make it harder to identify and rectify a separation apparently made in error.

Pleading with judges
On Monday in El Paso, a Nicaraguan woman told an immigration judge she had been separated from her 5-year old daughter in mid-May and sent back to Mexico, according to her attorney, Taylor Levy. The woman explained that she had become pregnant with the girl after a rape when she was 13, and so authorities listed the grandparents as parents on the child’s birth records. She has asked to take a DNA test, Levy said.
On the same day in San Diego immigration court, Reuters observed a Guatemalan man tell a judge he had been separated from his 15-year old son on May 3 and sent over the border. “I came here because of the love I feel for him,” he said. “I’m very stressed because of this separation.” It was not clear why they were separated.

Advocates say the United States does not appear to keep records on family separations under MPP. Cases usually come to light only when migrants come to court, often weeks after the separations occur. Most migrants sent back to Mexico have not yet had hearings. “As far as I’m aware, the government does not have any systems in place for tracking the parents and children they separate under MPP,” said Judy Rabinovitz, a lawyer with the American Civil Liberties Union (ACLU), which is challenging the MPP program in federal court.

Leah Chavla, a policy advisor with the Women’s Refugee Commission in Washington, DC, said she knows of at least six cases of children separated from parents who were returned to Mexico. “I am positive we are scratching the tip of the iceberg,” Chavla said. She and other advocates said that when the validity of a familial relationship is uncertain, it makes more sense to let parents stay in the United States while the matter is sorted out. Referring to Gerardo’s case, “It’s just so shocking how easily they separated him and sent him across the border,” Chavla said. “You’d think they’d do a little due diligence before that.”
As the MPP program expanded, staff of Jewish Family Service of San Diego started to notice more people calling in to their hotline saying they had been separated from family members, so the nonprofit formally added a question about this to consultations. In the past four weeks, the nonprofit said, it has seen 10 cases involving a separated family out of 40 consultations, including a grandmother who was separated even though she reported having legal guardianship of her grandchild and documents to prove it. Most were separations from non-parent relatives and non-biological parents.

Two months ago, Karla, 24, from El Salvador, was separated from her 11-year-old sister and 14-year-old brother after they sought asylum at the US border in Tijuana. Since their mother was murdered two years ago, she said, she has been their primary caregiver. In May, authorities dropped her off in Tijuana, and her siblings were transferred to children’s shelters in the United States. She asked to be identified by her first name only because she fears for her safety in Mexico. “We are alone in this world, we don’t have parents,” she said. “I pray to God that we can be together again.”

Gerardo might have waited much longer in Mexico but for a stroke of good luck. Lawyers Haiyun Damon-Feng and Erin Carter were in El Paso immigration court on the day he asked about getting his son back. With the help of the ACLU, they contacted a Department of Justice official who immediately intervened. On June 15, Gerardo was released into the United States, under the immigration system’s version of parole.- Reuters 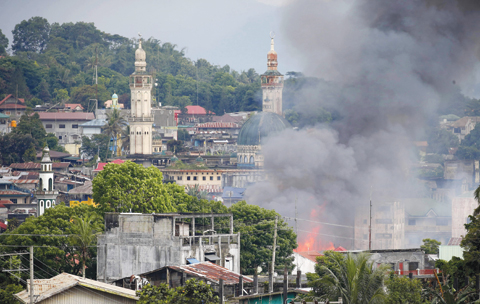 Philippines steps up bombing of militants 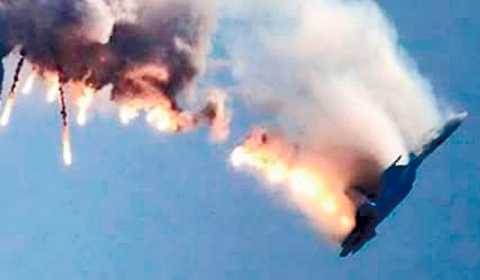 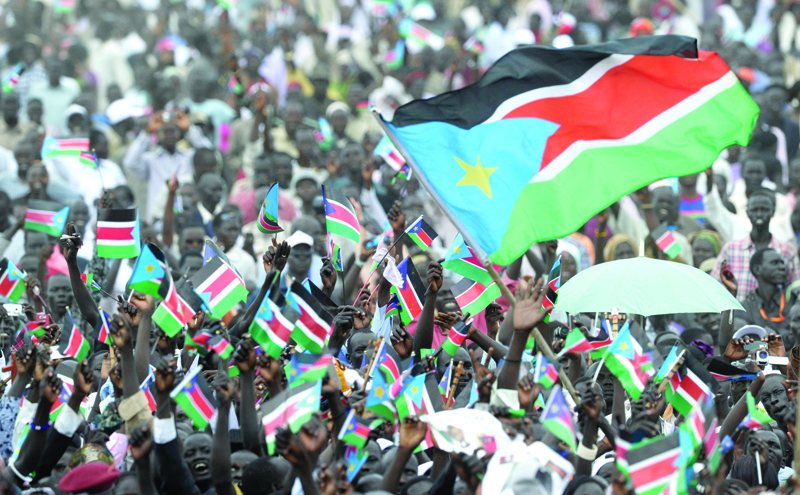 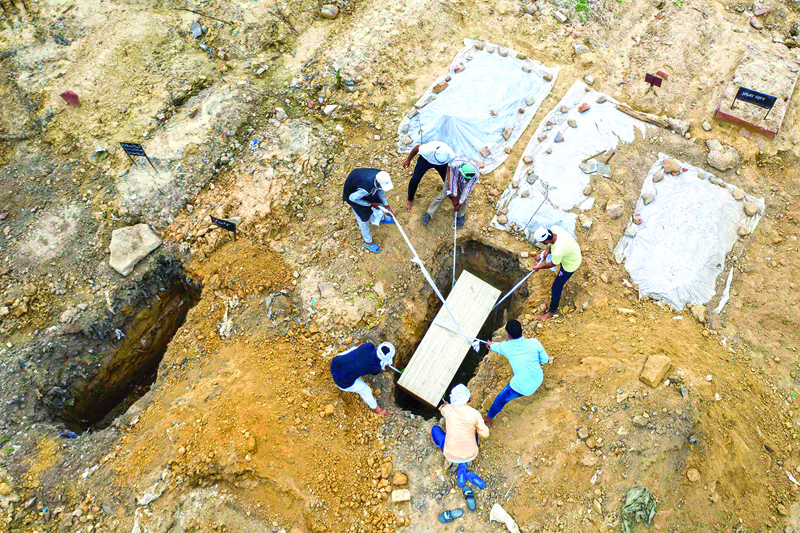