No matter how the woman is held in any society, be it at a higher status or any different fashion, she can never be ignored and forgotten. I do believe that those who treat women badly are not in their sane state of mind, because you will later find this person begging for forgiveness, claiming he did not mean or want to do what he did. Even more than that, he promises not to do it again, only to repeat the exact act, and the cycle goes on.

The woman feels most of the time she is between an anvil and a hammer, because of the stigma some societies place on the divorced woman in particular. Although it is changing somehow, yet the word “divorced” is still very heavy in many patriarchal communities.

The woman’s role is not limited to just doing household chores. In fact she is the source that shapes and directs the society in all its aspects through the way she brings up her children. There are many examples of women who were successful in their homes and laboratories early on.

All of us know the disease diabetes mellitus. Do you know that the discovery of insulin was inspired by a woman, who was a doctor suffering from diabetes? Her husband wanted to find some treatment to make her more comfortable and ensure she leads a normal life. The discovery was made in 1921-22 at the University of Toronto, and I hope that there will be an opportunity to talk about their story.

The woman’s role in society varies according to her place, because it brings different responsibilities. Of course, the first and most notable function is motherhood, and with it she gained the description of generations-raiser, because she bears the responsibility of caring for children and bringing them up as the building bricks of the society, and they in turn reflect the effects of her upbringing through their acts in the society.

Let us remember that women opened closed doors and played many roles in politics and led major countries around the world, besides in other capacities. Women proved to be brilliant in medicine, for example, and mega projects are being managed by women engineers. We must wake up to the fact that women have the exact rights as their brothers and we should be supporting them in every way possible. 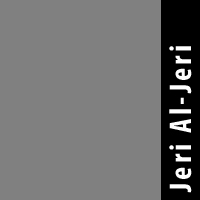 Expats between security campaigns and sponsors